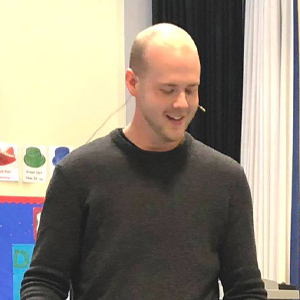 Church attendance was part of being in my family. On Wednesdays, we would go to whatever age-appropriate ministry was being put on. It was in L.I.T. where I learned what it meant to take the gifts and talents God had given and use them for the sake of sharing the Gospel and sharing the opportunity of life following after Jesus. I felt as though I was part of something—a team of people committed to each other and something of purpose. The leaders cared for us as kids, as Christian brothers and sisters, and as individuals with troubles never too trivial to attend to and worries worth their time.

And the lonely 6th grader who struggled to leave home for more than a night would one day fly 5,000 miles away as a missionary to the UK and later become an elder at a church in Colorado. Those years with L.I.T. were my first encounters with missions, and they were when my heart warmed to going out and sharing the Gospel, or good news, baptizing them, and training in the ways of Jesus. I’ll be forever grateful. Alex Burnett, (L.I.T. 2004-2005)